How Many Steps to Put On a Condom Correctly? 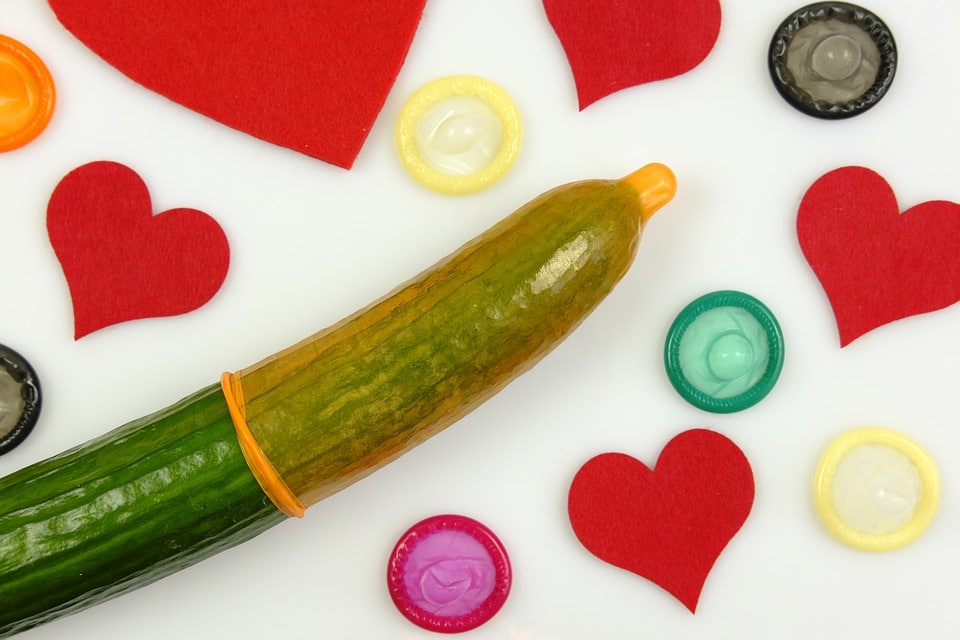 15 Steps to Putting On a Condom

NEVER ASSUME CONSENT. Sexual body language does not = consent. The lack of “no” does not = yes. Be sure to have a confident and enthusiastic “yes!” Consent can be reversed or taken back at any time.

So you’re deciding to use a condom to protect against STI’s and pregnancy. (Congrats!) Have an honest talk about safer sex with your partner incluing last STI test, secondary form of birth control, and more.

Don’t find yourself in need of a condom and not have one. There are many different kinds of condoms: ribbed, thin, and studded. Be sure to find out if you or your partner has a latex allergy!

The majority of penises do not need a magnum condom. Don’t buy magnums to impress! Your partner will know if you really don’t need the magnum (embarrassing). You may risk the condom being too loose and falling off, and this defeats the point of wearing a condom.

While many people have learned to always keep a condom in their wallet or car, heat can damage condoms. While it is always safe to be prepared, make sure you never leave condoms in places where the condom can get damaged. Heat can deteriorate condoms in hard-to-detect ways.

Do not assume that the condom is still good.  Many people don’t realize how long they have had their condoms. Check the expiration date of each condom.

6. Check for integrity of condom

7. Tear the wrapper, not the condom

Push the condom aside inside the wrapper, so you don’t tear the condom when opening wrapper. Be sure to open the condom wrapper using the perforated edges.

Some people say “party hat” and others say “baby bottle” when describing what the condom should look like when it is in the correct position to be rolled onto a penis. An easier way to tell (especially if you’re in the dark) is to unroll the condom once to see if it unrolls easily. If not, the condom needs to be flipped to the correct position.

Put on condom ASAP. Precum is involuntary and may contain sperm. This is why the “pullout method” and “just the tip” doesn’t work.

If you put the condom on a penis incorrectly, do not reverse condom and try again. Use a new condom!

Assume ejaculation has occurred, and that there is semen in the condom.

11. During withdrawal, hold base of penis before penis goes flaccid

If the penis loses its erection, the condom may fall off, possibly inside the parter, defeating the purpose of wearing a condom.

12. Turn away from partner before removing condom

Do not take off condom near partner as ejaculate may get on partner, increasing the risk of STIs and pregnancy.

13. Discard condom in trash can

Most sewer and septic systems can not handle condoms. For sanitary purposes, many people tie the ends of the condom or place inside a tissue before disposing in the trash.

Prevent UTIs (Urinary Tract Infection). It is especially important for people with a vagina to urniate after sex as their urethras are shorter than people with a penis, causing higher risk for UTIs.

Try showering with your partner. Talk about what you liked or didn’t like about your intimate experience together. At the very least, wash your hands.

Solution: Condom is too big

You can put a drop of lube inside condom to enhance condom-wearing pleasure. Don’t forget to put lube on your partner too!

Issue: Taking off condom during sex

Solution: Don’t do it

It is also very important for partners to watch as one puts on a condom to assure a condom is in place and used correctly.

Solution: Only use these during oral sex